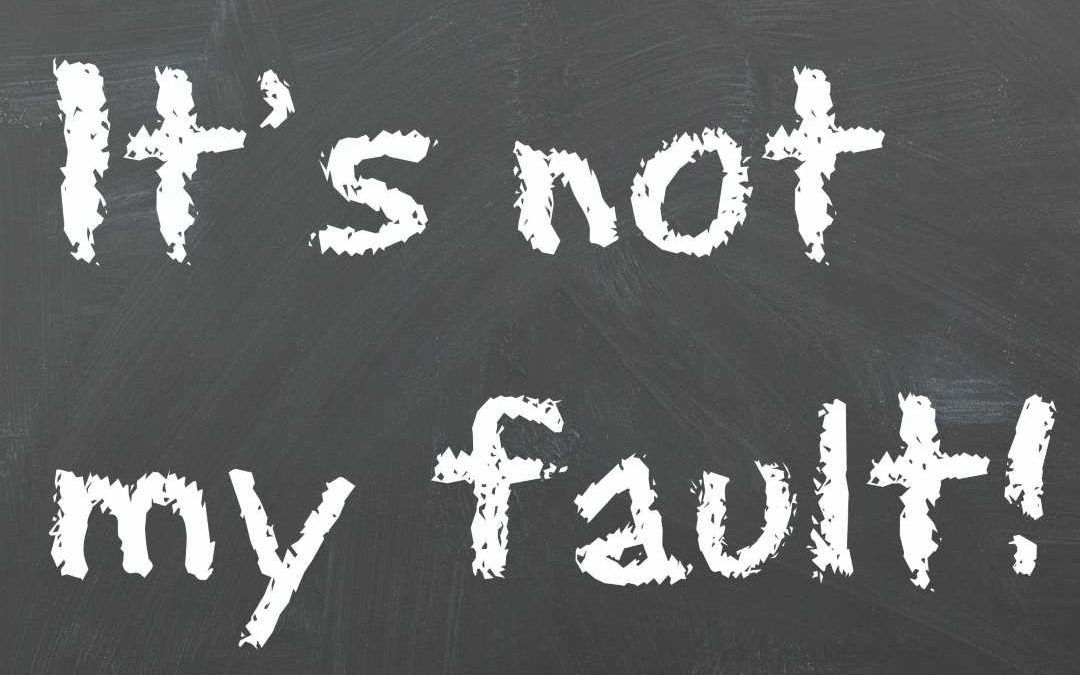 The news is full of the government shutdown now: the consequences of it, the cost of it, who is affected by it, and why it is happening. Congress is also all over the news now, pointing fingers, explaining why they are not to blame, how their party worked to avoid a shutdown by compromising so very much before but how they will not compromise anymore now. Lots of posturing and finger pointing and very little work being done.

Voters express outrage, yet when the next election comes they will all return to the polls to elect the same people again. Are we expecting someone else to make the changes for us?

No one wants to take responsibility for their actions any more. It is at an epidemic level. Parents race to protest that “their child” wouldn’t, couldn’t, or did not perform this behavior despite videotaped evidence. Rarely do we hear the words “my fault” from anyone, anywhere, ever.

A Utah football coach recently made news because he suspended his entire team for behavior he felt “inappropriate as men” was accepted and welcomed by everyone but one set of parents. While the team had been winning on the field, some members had been skipping class, disrespectful to teachers, and engaged in cyber-bullying. The team was forced to turn in their uniforms, attend study halls, change behaviors and communications with teachers, attend a class on ethical behavior done by the coach or one of his assistants, and to complete community service instead of football practice for the following week. After writing a paper on this experience, they might be placed back on the team. If only we could do the same with our Congressmen!

We need to change our own expectations for appropriate behaviors, beginning in our homes. We cannot accept our own failure to demand accountability and responsibility. This must be a basic behavior we expect from our self, our children, all the way to our elected officials. We should not be willing to accept the same unacceptable behaviors time after time. If we are unwilling to commit to change, we cannot complain about the problem. Only by conveying our displeasure with the situation can things change. Start by demanding honesty in your day-to-day life, and expect it from those you are involved with. Then, remember to vote and demand it from them.