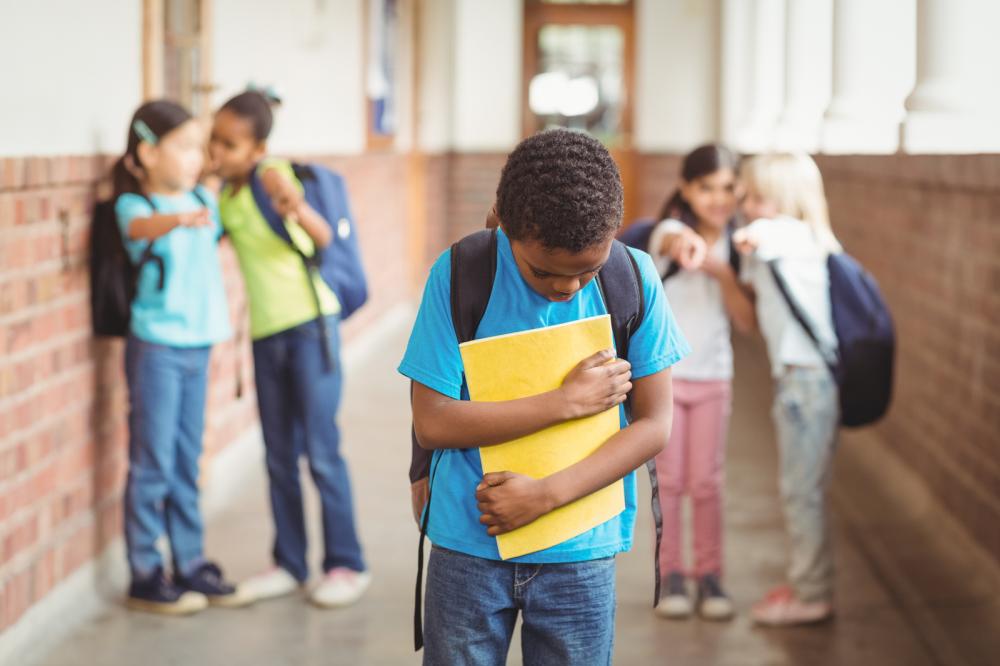 Child bullying involves a kid being hurt by the words or actions of another kid on purpose, usually repeatedly, and despite feeling bad about it has a hard time stopping it.

Bullying may be physical involving hitting, fighting, tripping, pushing and shoving, yelling, making rude gestures, or taking and breaking someone’s things, or emotional involving name-calling, laughing at and making fun of someone, and trying to make someone feel bad about themselves.

Child bullying has existed in schools and neighborhoods for years. According to the National Center for Educational Statistics, more than one in every five students report being bullied.

Unfortunately, parents often fail to notice the warning signs of this problem until it reaches a crisis. While most parents are concerned about their child being a victim of bullying, the signs of verbal or emotional bullying are at times difficult to spot.

However, here are some common behavioral changes and signs that bullied children exhibit, and which you should always be on the lookout for!

It is important that parents take these signs seriously, and not brush them off and tell the kids to ‘toughen up’. The effects of bullying can be serious and in severe cases, may even lead to suicides and school shootings.

If your child opens up to you about being bullied, listen calmly and be supportive and comforting because it certainly took him a lot of courage. Children often keep this to themselves because they are embarrassed or ashamed. Some kids even feel that they are at fault and think that if they did not look or act a certain way, it would not have happened to them. They might also show reluctance in opening up to their parents because they feel scared of the bully.

The bottom line is that you, as a parent, should emphasize the fact that it is the bully who is doing wrong and not the victim. Moreover, you should reassure your child that you would figure a way out of the situation together.

Another important thing to do is to inform the school authority, whether the school principal, a teacher or a school counselor about the whole situation.

Lastly, take your child into confidence and encourage him to open up and share the bullying incidences instead of swallowing it all in.